Under The Radar 28th October Show

Greetings music lovers!  This we 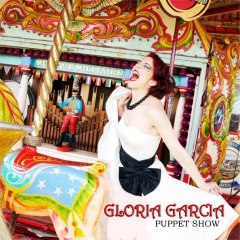 ek’s edition of Under The Radar on Brooklands Radio gave me the opportunity to play another selection of great tracks by unsigned up and coming artists, including a preview of a brand new release by recent Under The Radar studio guest, Gloria Garcia, originally from Spain but now living in the UK.

Her self-penned EP Puppet Show, now available on iTunes, Amazon and CD Baby, is a collection of up and mid-tempo pop numbers with a heavy fusion of soul and funk with a Latin twist, masterfully delivered with Gloria’s distinctive powerful vocals.  I chose the Spanish version of her magnificent “On and On” titled “Sin Amor”, a mid-tempo funky number which has a very modern Motown feel to it.

Another artist with a brand new EP is Sam Picket, a young troubadour we’ve seen grow from being in a school-boy indie-punk-rock band, to a sophisticated very origi 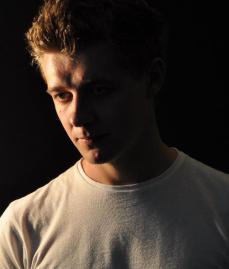 nal vocalist and performer in the past 3 or 4 years.  His debut EP will be released mid-November and the featured track is “Going To New York”, a self-penned melodic anthemic mid tempo number with soaring vocals reminiscent of Muse and blending elements from the late great Jeff Buckley!

Below you will find the show in full for your listening pleasure, plus the playlist.  Sit back and enjoy!

Next week we’re introducing supreme vocalist and composer James Robinson, former front man from Two Spot Gobi, who will be giving Under The Radar first airplay of his brand new EP!  Very excited about this, and when you listen to James, you will see exactly what I mean!  Also on the show next week, we welcome fabulous band Crystal Seagulls, a very original band who describe themselves as follows: “A mixture of the infectious sounds of the Sixties, the swagger of the Nineties whilst simultaneously paving the way for a whole new style of music.”  Hope you can join us from 7pm!

Andy Ruddy – Win Me Over

Hollie April Buhagiar – If I Were A Bird

The Dunwells – The Hand That Feeds

Tom Bradley – Back Together

The Mouth Of Ghosts – When The Sun Sets